All evidence supports this conclusion 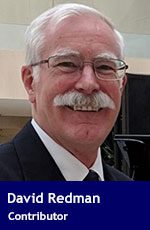 The Government of Canada and the official medical advisory groups are, once again, recommending the immediate need for more doses of both the existing COVID-19 vaccines and the new Omicron tailored vaccines, as the SARS CoV-2 virus continues to evolve, mutate, and spread rapidly.

Emergency managers recognize that a vaccine may be part, but only a part, of the solution for a virus that is spreading through the population. But, until now, vaccines have taken at least three years to be developed and thoroughly tested to ensure they are safe and effective.

Emergency managers also know that a vaccine may not even be possible for a new, evolving, and mutating virus. This is why emergency managers did not count on developing a vaccine until after the COVID-19 virus had become endemic.

In this pandemic, however, we have watched as our Canadian elected officials and Medical Officers of Health focused on a vaccine as the only solution. Not surprisingly, not all countries have followed this approach.

If we return to the first principles in managing emergencies like the COVID-19 pandemic, we can easily see what is wrong with our current approach.

The first step in discussing a response to a situation is to establish that there really is a need, and emergency managers do that by starting with a hazard assessment.

Managers realized that, beginning in February 2020, mortality caused by the SARS-CoV-2 virus was mainly in the senior demographic cohort of the Canadian population, particularly those with multiple comorbidities. The virus was no more deadly than the seasonal influenza virus for young people unless they were severely immune compromised.

Consequently, most Canadians did not require a vaccine. All the COVID waves that passed through the population supported this conclusion.

Emergency managers also knew in March 2020 that a safe and effective vaccine was years away from being developed and properly tested. But our elected officials and their supporters persuaded Canadians that a vaccine could be rushed in a few months, ignoring the lesson that safe vaccines take time to develop and test properly.

In addition, this same group of elected officials and their supporters believed the only way out of this pandemic while waiting for a vaccine was by invoking the use of Non-Pharmaceutical Interventions (NPIs), which we now call “lockdowns.” This use of NPIs and the belief that “lockdowns” are effective and vaccines must be used is both wrong and deadly.

Rather than relying on vaccinations for the whole population, the focus should have been on treatment for those most at risk.

Recent studies of the new Omicron BA 4.6 variant support this conclusion. “By the time that a supposed new winter wave of infections would occur in late November or December, it will likely be BA.4.6, and the new booster will be outdated anyway.” Yet officials say we need to approve the new variant vaccines WITHOUT trials.

The SARS-CoV-2 is, in some sense, similar to the cold virus: it mutates and becomes more contagious but less deadly. This suggests that, over time, severe conditions diminish and vaccines become less necessary.

Natural immunity has increased and, not surprisingly, has now reduced the severity of the illness when reinfected. This is a typical outcome and usually is how a pandemic draws to a close, with the virus becoming endemic and of acceptable risk in our daily lives.

Government officials have told us that taking the vaccine has decreased the number of deaths, but there is no evidence for this claim. As a result, it is not clear whether the vaccines are working effectively or if the virus is becoming less deadly. Yet government officials are not investigating this hypothesis, claiming it is all due to the “effective” vaccine.

It has historically been assumed that effective vaccines will stop people from becoming ill, needing hospitalization and dying. The COVID-19 vaccines did none of these things.

Yet, in Canada, the Canadian Minister of Health is now planning to administer a new vaccine, which will be tailored specifically to the current Omicron variants, providing no useful remedy to a SARS-CoV-2 virus that mutates into a new form.

Finally, leading scientists have openly debated the safety of these vaccines. Even if the vaccines are less risky and potentially more beneficial, no cost-benefit analysis of the vaccination protocol has been performed. Unfortunately, Canadians may learn that these vaccines are much more deadly than expected.

Other countries have moved on to better ways of dealing with the pandemic. Why is the Canadian government so blind to these alternatives?

David Redman had a distinguished military career before becoming the head of the Alberta Emergency Management Agency in 2004. He led the provincial response to the devastating floods of June 2005 and the team in developing the 2005 Provincial Pandemic Influenza Plan. He retired in 2013.